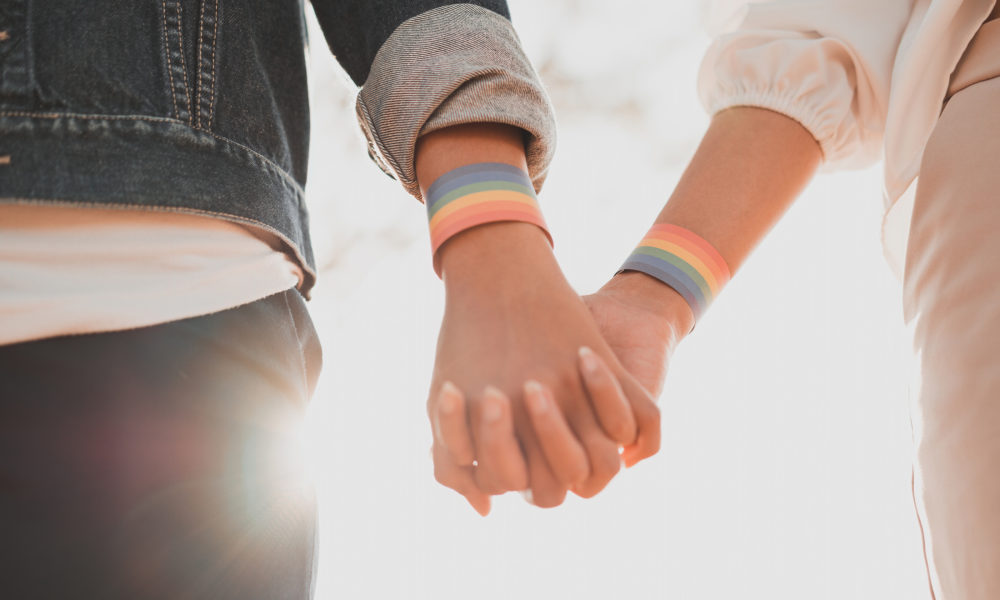 
Alix Dobkin, the openly lesbian folk singer and queer activist, died at the age of 80 on May 19 of a brain aneurysm and stroke at her home in Woodstock, NY

Her music and activism have changed the lives of lesbians.

I thought about Dobkin recently. One Sunday morning, I overheard NPR’s Lulu Garcia-Navarro interviewing 22-year-old queer musician Marie Ulven, known as the Girl in Red. His first album “If I could Make It Go Quiet” has just been released.

Ulven was open with Garcia-Navarro (and the millions of NPR listeners) about his sexuality and sanity. In “Period”, “Serotonin” and other songs, she honestly sings about her romantic break-ups and mental health issues.

Great, I thought, women wonder “are you listening to the girl in red?” To find out if they are homosexual!

Sexism, homophobia and transphobia still exist in music. Some musicians are closed because they resist labels or don’t think it’s safe to go out.

Yet Ulven is one of many queer musicians from Hayley Kiyoko to Kehlani to Melissa Etheridge to Brandy Clark to Tegan and Sara.

I marveled as I listened to Ulven. When I first started dating in the 1970s you would probably have heard an openly gay musician on a radio show with a large audience that you would have seen Richard Nixon smoking weed in Woodstock.

Back then, if you were a lesbian, you didn’t feel heard or seen in the songs. Not even in fabulous music, but straight, from the Beatles era to Smokey Robinson to Joni Mitchell.

You had to create the soundtrack of your life using the lyrics of the songs you loved as best you could to include the women you loved.

Dobkin, known as the “Head lesbian” to her aficionados, was born in New York. As she recalled in “My Red Blood,” her 2009 memoir, she grew up in a left-wing Jewish family.

His parents were Communists and took Dobkin with them as they organized on behalf of the unions. As reported by the Washington Post, Dobkin was named after an uncle who was killed by a right-wing firing squad during the Spanish Civil War.

She was proud of her parents, but “my wish was to be like everyone else like Dick and Jane,” Dobkin wrote in “My Red Blood.”

Dobkin graduated from Temple University in 1962. There she studied painting. In college, she began to perform folk songs. Soon she was performing in clubs in Greenwich Village. Dobkin married Sam Hood, co-owner of Gaslight, a village club. The couple had a daughter, Adrian. The marriage ended in divorce.

Dobkin is survived by his former partner and friend Liza Cowan, Adrian Hood, a brother, a sister and three grandchildren.

It’s hard to overstate how historic Dobkin’s work was.

In 1973, along with Kay Gardner and other musicians, Dobkin recorded the album “Lavender Jane Loves Women”. It is believed to be the first album recorded by and produced by and for lesbians. Her songs were about lesbians.

At the time, it was wonderful to hear Dobkin, a lesbian, cover “I Only Want to Be with You” on Lavender Jane.

“Alix was one of the first to celebrate us in music,” lesbian historian Lilian Faderman told the Washington Post.

Even now, when companies sponsor pride parades, it can be difficult to pronounce the word lesbian. Like when your family on Christmas Eve doesn’t want you to say the L word.

Yet decades ago Dobkin told interviewers his job was to “say ‘lesbian’ as often as possible.”
“Living with Lesbians” was among the albums recorded by Dobkin.

Dobkin was co-director of the Old Lesbians Organizing for Change group.

Thank you for your music and your life, Alix, RIP

Kathi wolfe, writer and poet, contributes regularly to The Blade.