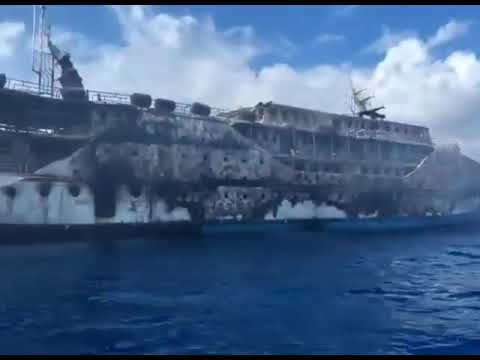 A Christian food guru and six others are presumed dead after his small plane crashed into the waters of Lake Tennessee on Saturday morning. Authorities were called to Percy Priest Lake around 11 a.m., shortly after the plane took off from nearby Smyrna Rutherford County Airport. Late Saturday night, investigators said they believed the seven passengers perished. The cause of the accident is still under investigation. View this post on Instagram A post shared by Joe Lara (@joelaraofficial) The plane, a Cessna C501, was owned by Gwen Shamblin Lara, founder of the Remnant Fellowship Church and author of The Weigh Down Workshop, and her husband William J. Lara, who passed by Joe. The couple lived near Brentwood and had registered the plane through their company JL&GL Productions LP. The plane was not located, but the Tennessee Highway Patrol told News Channel 5 that officers found debris compatible with a Cessna C501 and a small plane was seen descending in the water near ‘an early Saturday boat ramp. a text message to members of the Remnant Fellowship Church saying his mother and father were on the plane when he was forced to make a “quick and controlled landing”. All of the passengers on the plane had ties to the church, including Hannah’s own husband, Brandon, according to her text. The others on board were David and Jennifer Martin and Jonathan and Jessica Walters, authorities said. “My brother and I are asking for immediate prayers at this time as we just heard that Gwen and Joe Lara’s plane must have gone down,” Hannah wrote before authorities said everyone appeared to have been killed. “More information to come, but be in prayer and be at peace,” the message continued. “GOD IS IN CONTROL, and we will not stop moving forward with WHAT GOD WANTS with this church.” Register now! Daily Beast Membership: Beast Inside delves deeper into the stories that matter to you. Learn more.